For sake of a really long post, I hope you can understand, if even just a bit, the impact that technology has had on the way today’s students prefer to learn.  That’s rarely debated in the year 2015.  Tom Whitby said recently “If any teacher could take the content in their head and put that into the heads of their students, those students would still be limited.”  The days of teachers being considered masters of content are gone.  Students come to school with more content in their pockets.  Employers aren’t seeking workers who are loaded with content, rather, they’re seeking workers who are capable of learning because required skills to perform specific jobs are also changing quickly due to the impact of technology.  Read the title of this 2012 NY Times article: 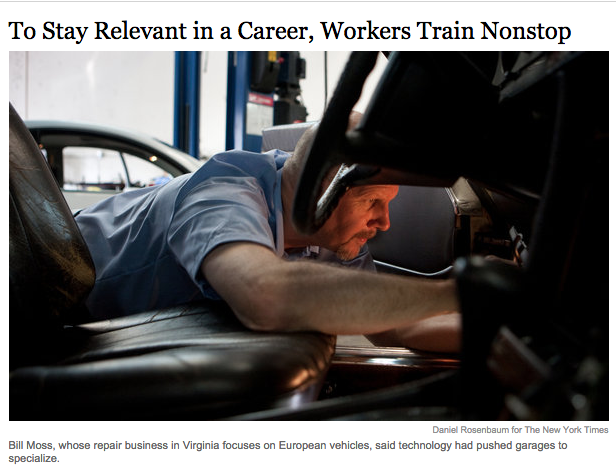 My point is, educators are not exempt from this action of nonstop learning.  Regardless of what century you were born in, teachers need to shift their mindset and take advantage of the learning opportunities all around them.  It’s more than just deciding to engage.  I believe what prohibits most teachers from learning and implementing new ideas, methods, and tools is a mindset.  Allow me to draw this out for you.  Shirley Feedme is a student in your class.  You have invested the typical time and energy you devote to designing quality lessons for your students.  You teach the lesson and everything appears to go as expected.  Students have their devices out, you’ve provided them the assignment, and the students begin working.  Shirley raises her hand beckoning for your assistance.  Shirley says she can’t do the required tasks because she doesn’t have a pencil.  So you walk over to the spare pencil tray, retrieve a pencil, and deliver it to Shirley.  A few minutes later Shirley beckons you again.  This time Shirley proclaims she doesn’t understand the assignment.  Despite your attempt to go over the directions with the entire class before providing the assignment, and despite the directions being written clearly in bold letters at the top of the page, you give in and explain it to Shirley once more.  Later Shirley beckons you once again.  Shirley tells you she can’t remember some important facts you provided about the topic during your lesson.  So you proceed to spend the next few minutes seated beside Shirley Feedme reviewing the facts with her one last time. 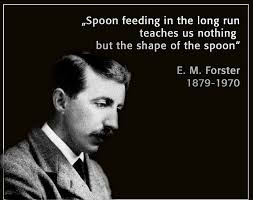 Who’s doing most of the work in this scenario?  Who’s doing most of the learning in this scenario?  Go ahead, you’re allowed to smile.  Of course, what kind of teacher would read that and not have feelings of disgust at the actions of that teacher.  That behavior by that teacher denigrates the profession for all of us.  Yes, this situation is entirely fictional, but I wonder how often it happens in classrooms every day?  How empowering were those actions for Shirley Feedme?  I provided this scenario so I could shift to the next scenario:

The teacher down the hall, Mr. Showme, has been teaching for 20 years.  The school district just recently rolled out a 1:1 initiative with Chromebooks.  In addition, they released a district-wide learning management system too.  Mr. Showme attends the provided trainings over the summer.  School begins.  Fast forward to the next summer.  Mr. Showme’s evaluation last year indicated that he needed to increase collaboration in his classroom, begin issuing assignments via the learning management system, and decrease the amount of paper he uses each year.  Mr. Showme feels frustrated and defeated that the school is no longer providing anymore trainings on the Chromebooks and the learning management system.  In fact, the trainings they are providing are on a different topic that he’ll need to learn before the school year begins.  This scenario is once again fictional, but I wonder how often it occurs in school every year?  Mr. Showme is relying solely on school-district provided opportunities to learn.  He’s even hoping that those opportunities provide the time for someone to sit down with him 1:1 and show him exactly how to increase collaboration, use the LMS, and decrease the paper usage.  I see a connection between Mr. Showme and Shirley Feedme.  Could Mr. Showme be Shirley Feedme’s teacher?

Both of these individuals are going to struggle to succeed in today’s world.  Today’s world will pass them by, rather, individuals who leverage technology to receive information, facts, explanations, procedures, videos, etc. will do the passing.  Mr. Showme could have leveraged social media to connect with a group of educators who have been using Chromebooks in the same content and same grade level, but he didn’t.  Mr. Showme could have watched the 4-5 minute video tutorials provided on the learning management system’s webpage, but he didn’t.  Mr. Showme could have asked the teacher down the hall how they issue their assignments via the LMS, but he didn’t.  The real issue is, Mr. Showme needs to change his mindset.  It’s not that he can’t do those things.  I wonder if he ever thought about doing those things?  Perhaps he did think about doing them, but he didn’t feel it was his responsibility to do them.  Either way, Mr. Showme is quickly sinking into irrelevance because of his mindset. 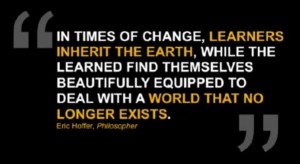 Today’s educators must embrace the mindset that learning opportunities are all around us.  We won’t always have another to hold our hands during the training and show us exactly how to learn and implement the newest tool, method, or idea.  What we perceive as barriers e.g., lack of time, training, or people, are really not barriers at all.  Employees in all walks of the job force are being asked to adopt this very mindset.  Those that cannot acquire knowledge on their own are being passed by those who can. 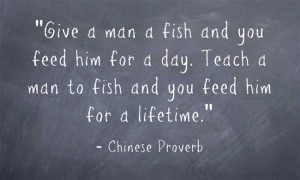